the house of hungarian music, designed by japanese architect sou fujimoto, is nearing completion in hungary as part of the liget budapest project — europe’s largest urban cultural development program. the institution will operate as the world’s first facility of complex musical initiation, bringing musical experiences to visitors through interactive exhibitions, concerts, and music education workshops. with construction progressing, the project is scheduled to open to the public at the end of 2021. 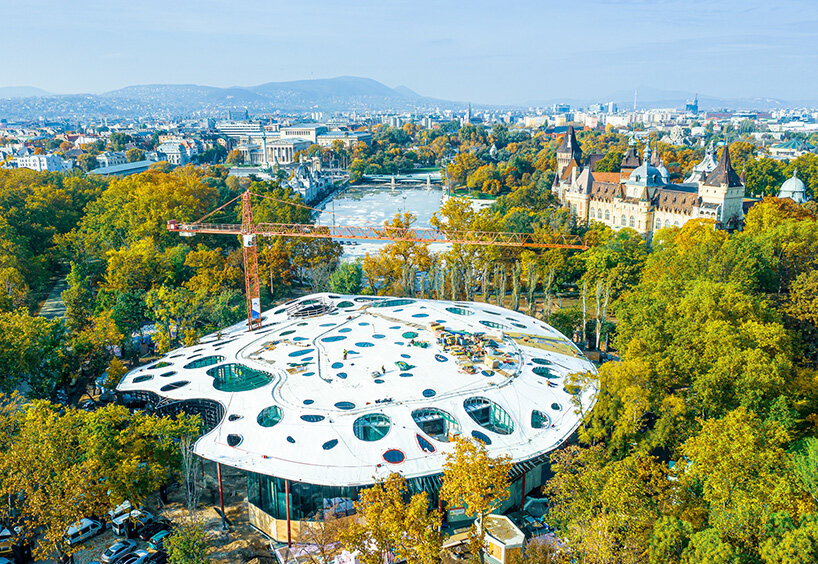 liget budapest is europe’s largest urban cultural development. the project involves the rehabilitation of városliget, also known as the city park. the existing site includes the museum of fine arts, the hungarian transport museum, the museum of hungarian agriculture, and the műcsarnok (kunsthalle). as part of the new masterplan, the development will also include the new national gallery, designed by SANAA, and the museum of ethnography, designed by napur architect. 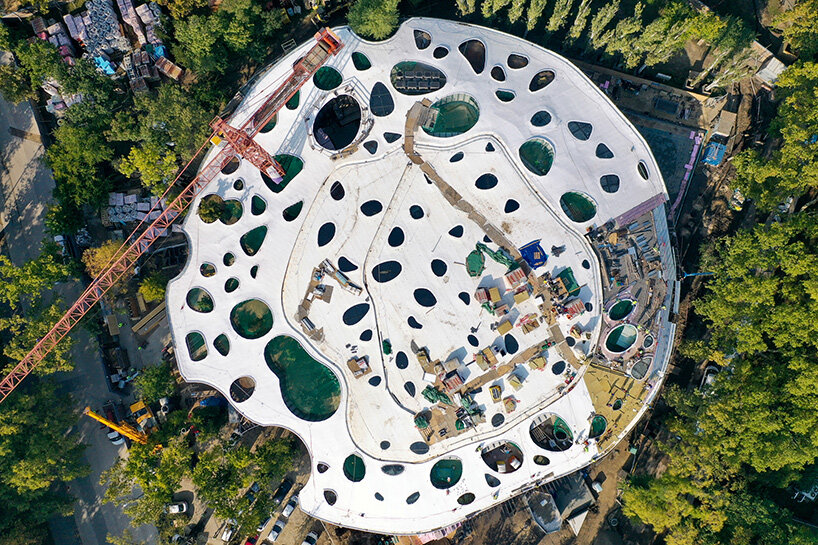 the house of hungarian music features a roof structure, perforated with a variety of lightwells, which appears to float within its bucolic setting. ‘it is incredibly inspiring to work in one of the world’s first public parks, and the task of designing the building was especially exciting since we not only created an edifice but also brought the park experience into the building,’ explains sou fujimoto. ‘the liget budapest project, and within it the house of hungarian music, are a truly emblematic development project, which might serve as an example for future urban developers since it managed to create exceptional harmony between the green and the built-up environments.’

Source of article and picture: designboom